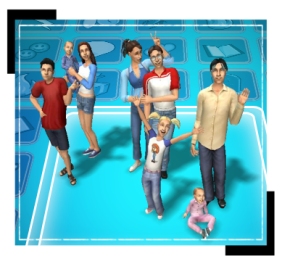 Ella, More Or Less was a Youtube-based web series about a teenage girl named Ella Bradley. The first episode premiered in 2007 and the last full episode was produced in 2011.

When the series began,15-year-old Ella's family had just expanded with the arrival of twin baby siblings, Caitlin and Oliver. Her parents had bought a new house in a new neighborhood... right next door to a cute guy named Gray (who Ella developed an instant crush on) and his geeky younger brother, Gus, who soon became Ella's best friend. Over time, Ella and Gus became more than just friends!
Other characters on the show included:
*Bethany, Ella's younger and sometimes-annoying cousin (see episodes 3, 5, and 7)
*Kacey, a classmate whom Ella befriended in episode 8 (first introduced in episode 4)
*Burk, the school jerk (see episodes 2, 4, 8, and 9)
Filmed using the The Sims 2, and edited with Ulead VideoStudio 7 and Pinnacle Studio 12 Ultimate, Ella was one of the first Sims series to use voiceovers instead of subtitles. The episodes were between six and ten minutes long, and there were episodes are 14 in all, plus many vlogs (mini-episodes told from Ella's perspective.)
Unlike many "animated" TV series, the characters on Ella aged in real-time. When the series began, Ella was at the tail end of her 9th grade year. Three-odd years later, Ella and Gus were off to college. Caitlin and Oliver, who were infants when the show began, are in elementary school, now. And there was yet another new addition to the family in 2011.
Though I have no plans to make any more episodes, Ella's story continues in my new "Caitlin Bradley" book series, the first of which is now available! For more info, click here!

And now for the episodes & vlogs...

Below you will find all the Ella, More Or Less episodes that were produced. The most recent episode is listed first, then the next-most-recent, and so on.

Ella's Blog - Read about Ella's adventures during the summer of 2012!

Episode 14: All In The Family 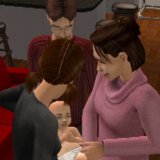 After finishing her first year of college, Ella is feeling pretty grown up -- but is she ready to hear what Gus has in mind for their future?

Episode 13: Everyone, More Or Less 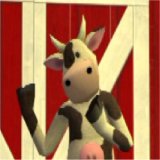 Ella and her friends and family members all had very different experiences over the summer of 2010 -- some exciting, some embarrassing, some just plain bizarre. 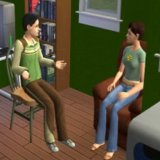 It's the moment of truth: Ella is at Gus's house, just minutes away from letting him in on her true feelings. How will he react? Will he feel the same way? And should she even bother to tell him, or should she make a run for it while she still can?

They say the truth will set you free, but what if it just makes everything more complicated?


Episode 11: Just Between Us 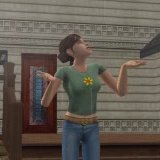 It's been a few months since Ella first realized she had a crush on Gus, and things haven't been the same since. First off, it's totally awkward trying to talk to him, now. To make matters worse, a new girl -- Alyssa -- has caught Gus's attention, and Ella and Gus have started to drift apart. Her other friends keep encouraging Ella to tell Gus how she feels about him, but can she do it? Will she? 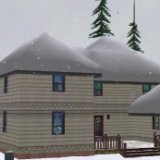 The Holidays are here again, and although Gus is spending Christmas in another city, Ella has plenty to be happy about -- especially when a surprise snowfall arrives on Christmas morning. But it soon becomes apparent that the snow has no intention of stopping, and before long it's sending Ella's mood plummeting. Plagued with an acute case of cabin fever, Ella is desperate for something to get her mind off her boredom. And before long, it settles on a certain someone... 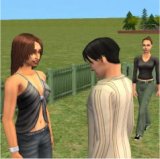 One day in October, Kacey and Gus bombard Ella with separate pieces of bad news. Well... bad news for Ella, at least. As more of life's inevitable changes come her way, Ella prepares to deal... and prepares to make some possible changes of her own. 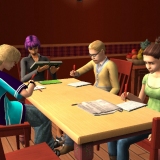 In the midst of dealing with the academic nightmare known as "group projects," Ella makes a new friend, Kacey. But when Ella chooses to hang out with Kacey instead of Gus one Saturday, Gus gets upset, and Ella feels guilty. She wants this new friendship to work, but she doesn't want to lose what she already has. Is it possible to have both friendships, or will that just make life too complicated?


Episode 7: How I Spent My Spring Vacation 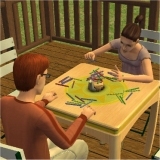 The Bradleys head to Lake Meriwether for spring break, bringing along Ella's cousin Bethany. Ella's not thrilled about Bethany coming, but she figures at least she'll have someone to hang out with, since her parents are always so busy with the twins. But when Bethany makes a new friend at the lake, and starts spending all her time with her, Ella is jealous and lonely. Why is it so easy for some people to make friends? Why is it so hard for Ella? Well... maybe it's not as difficult as she thinks!


Episode 6: The Year Without A Christmas Tree 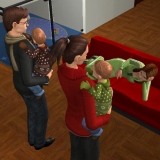 It's Christmastime! The lights are up, Rudolph the Red-Nosed Reindeer is out on the lawn (okay, so he's been there since October), and the presents are bought and wrapped. There's just one problem: the Bradleys don't have a Christmas tree! At least not a good one. Tiny, pathetic plastic trees don't count. Ella's parents have their reasons for the treelessness, but as far as Ella's concerned, Christmas is ruined. Or is it?

Episode 5: Thanks For Nothing 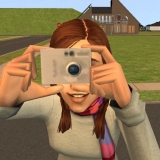 Thanksgiving is no simple holiday. Before the big day, the house gets an overhaul, Ella's mom dives into a cleaning frenzy (and drags an unenthusiastic Ella along with her), and somewhere out there, an unsuspecting turkey is plucked for the cause. Then there's T-Day itself, in which Ella's bratty Bradley cousins make Bethany look like a little angel. Ah, nothing quite like family get-togethers to drive a person bonkers! 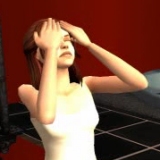 It's the first day of school, and nothing is going right for Ella. In fact, things couldn't get much worse. Gus is sick, Burk the Jerk is jerkier than ever, and school is boring and trivial (like THAT's unusual!) But no matter how bad today is, tomorrow is a brand new day. So it's bound to better -- right? 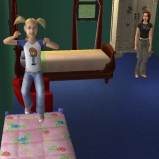 When Ella's mom announces that Ella's 7-year-old cousin is going to be staying with them for a week, Ella doesn't think much of it. That's before she learns Bethany will be invading her bedroom! This second-grade terror bounces on beds, shakes her booty at any given opportunity, and won't stop bugging Ella. And when Ella's mom won't stick a Return To Sender stamp on Bethany, Ella enlists the help of the one person who might be able to restore her mood. 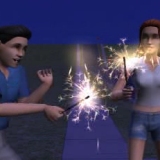 After she has an embarrassing dream about Gus, the last thing Ella wants is to have to face him. But no matter how hard she tries, she can't seem to avoid him. Gus really wants to be Ella's friend, but Ella's still sensitive, due to friendships gone awry in her past. She agrees to join Gus for a Saturday at the Fun Center because she expects Gus's brother ("the hot guy") to be there too. The day turns out to be full of surprises -- and possible changes of heart. 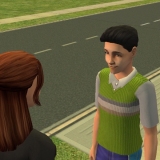 Ella Bradley, age 15, has faced a lot of changes in the past few years. Her family (which grew from three members to five in February when "the twins" were born) has just moved into a new house -- their fifth move in three years. But this place is different. For one thing, there's a hot guy living next door, who Ella has a great view of via her telescope (though not for long!) And then there's the hot guy's brother, Gus. He seems like a total geek, but first impressions can be deceiving...